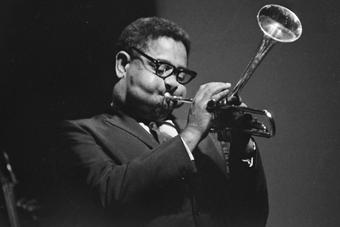 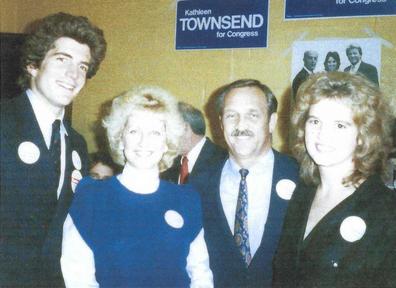 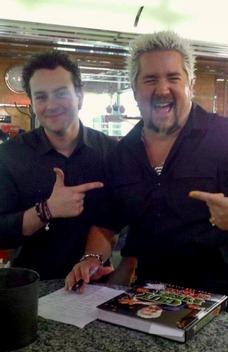 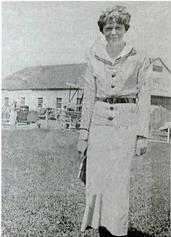 John Quincy Adams visited the North Point Battleground and other war of 1812 Monuments.  He coined the phrase "Monumental City"

Richard Nixon in Veteran's Park when he was a candidate for Vice President.

Robert E. Lee, while in the Army Corps of Engineers, supervised the build of Fort Carroll of Sollers Point Flats 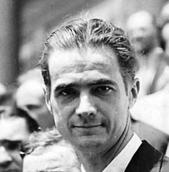 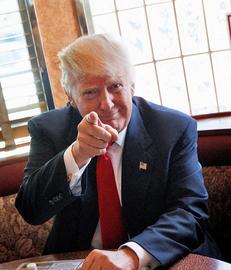 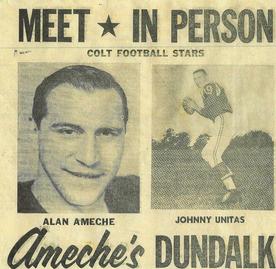 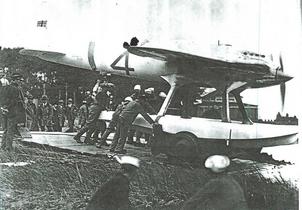 On November 15, 2011 the Boulevard Diner, located on the corner of Merritt Boulevard and Holabird Avenue was visited by Guy Fieri from the TV Show Diners Drive-Ins & Dives and it aired on January 30, 2012.  Marc Tsakiris (General Manager) had a picture taken with Guy Fieri on the (left).  Below is Guy Fieri spray painting the wall in the Diner.

In October of 1976, the Dundalk Eagle asked me to take a photo of Dizzy Gillespie, who was performing at the Dundalk Concert held in the Dundalk Middle School.  I was not a follower of jazz music and barely knew of Mr. Gillespie.

When I arrived I saw Mr. Gillespie sitting alone in a classroom chair.  I introduce myself and asked permission to take his picture.  He nodded and mumbled something about his "birthday".  I asked him what he meant, and when was his birthday.  He answered "in October".  I asked "What day?" He replied, "The 21st".  I then asked, almost anticipating his answer, "What year". and he said "1917".  I placed my camera on the chair - held out my hand - and announced "Mr. Gillespie, shank hands, we were both born on the same day".  We immediately became friends, and when I asked him to pose, blowing that funny looking horn - he did so - and I was lucky enough to get this shot. (I learned later that Mr. Kimble Oelke, owner of the Dundalk Eagle was also born on that day).

Howard Hughes docked his yacht in Colgate Creek & had his Piper Cub (plane) at Logan Field Airport.  He would fly to New York on Business.  He was frequently seen at the Riverview Inn, which became Airport Grill and is now Pickles at the Port on Riverview Avenue.  Howard Hughes was a Billionaire who was born on December 24, 1905 and died April 5, 1976.

​I subsequently learned that Dizzy Gillespie was famous all over the world - as one of the greatest Jazz trumpeters of the 20th Century.

In 1953, somebody fell on his trumpet during a party and badly bent the instrument.  Gillespie found he liked it better that way, and had the 45 degree angle of the horn made permanent.  He said it was easier to play while sight reading, and allowed him to hear the notes he was playing sooner.

He was nicknamed "Dizzy" because of this zany on-stage antics.  His real name was John Birks Gillespie. He died in January 6, 1993, of Pancreatic Cancer. 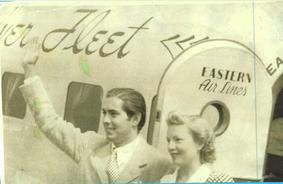 (Famous Later for his raid over Tokyo during WWII)

Jimmy Doolitle won the Schneider Cup Race for the U.S. Team, which was held off of Bay Shore Park. October 1925 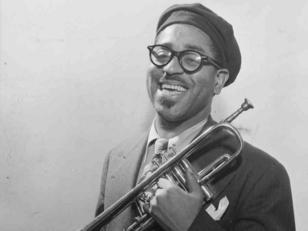 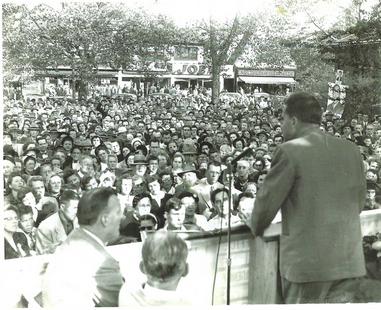