A Timeline of Dundalk

Courtesy of the Dundalk Eagle​

There are probably few areas in the nation as

full of history as that of the North Point
Peninsula. The following is a sampling of local
historical trends and events during the last 100
years.

Henry McShane’s bell foundry in Baltimore,
built in 1856, had become world famous. The
foundry’s church bells rang out across nearly
every state and across the world, and the company,
which also produced piping and plumbing fixtures,
had as much business as it could handle.

When part of the foundry burned in 1893, McShane
decided to relocate in a wilderness area off the
Patapsco River. He built his foundry, along with a
grand summer vacation home, near what is now
the site of American Legion Post 38.

The railroad line followed the foundry to the area in 1895, and officials told the McShanes that they must choose a name for the railroad stop. William James McShane, Henry’s son and the vice-president of the foundry, wrote Dundalk, the name of his father’s hometown in Ireland, on a board and nailed it to a tree near the railroad. The town, with only a few farming families to claim as residents, was born.

The McShanes sold the bell foundry to Central Foundry in 1900 and their Dundalk Avenue mansion later became the Maryland Swimming Club. But the Irish names of the family’s railroad stop remained.

In 1916, Dundalk boasted 62 homes, one church and two stores. The same year, Bethlehem Steel bought its Sparrows Point plant from the Maryland Steel Company. The result: Dundalk became one of the country’s first planned communities.

The steel giant created the Dundalk Company, which purchased 1,000 acres of land near McShane’s railroad stop. The company hired E.H. Bouton, designer of Roland Park, to create a Workingman’s Roland Park. The community was designed to be close enough to the Point to commute to work, but far enough away from workers to escape the noise of the mills.

With the United States’ entry into World War I in April 1917, there was an immediate housing need for Bethlehem Steel’s defense workers and shipbuilders. The government took over the Dundalk Company’s project and sold houses to workers as much as 50 percent below construction costs. One report said the houses ≠ 531 in Dundalk and 284 in St. Helena were raised as quickly as one every three hours.

Bethlehem Steel offered assistance to its employees by providing the cash needed for down payments on the stucco homes.
The following timeline lists a sampling of incidents that have shaped Dundalk in its past 100 years. It is not exhaustive. 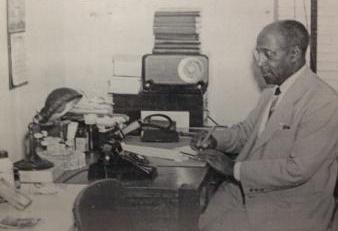